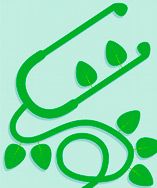 The American College of Physicians (ACP) Hospitalist reports that according to Seema Wadhwa, director of program management for the Healthier Hospitals Initiative (HHI),  “Environmental sustainability is unique [in importance] to the health care industry…There is a moral imperative to the work we do.”  The HHI is a response to that imperative, an effort launched in April 2012 by 13 sponsoring health systems and three non-profit organizations to reduce the health care industry’s contribution to environmental degradation and to spur sustainable change. To date, more than 700 hospitals have committed to the data collection and greening effort, which is planned to last three years. One HHI goal, to reduce waste, both red-bag and regular, has seen hospitals reprocess “single-use” medical devices:

“Single-use device reprocessing is a key example. It really does need to be physician-driven or physician-supported to be successful,” said Ms. Wadhwa.  This practice, which involves a vendor reprocessing for reuse a device initially intended to be disposable, has caught on in recent years. The HHI reports that 185 participating hospitals saved more than $32 million by reprocessing.

“Ten years ago, it was a very nascent industry and the biggest medical manufacturers were vehemently opposed to it,” said Gary Cohen, founder of the HHI and president of Health Care Without Harm, an international campaign for environmentally responsible health care. “In the last three years, two of the largest medical device manufacturers have actually bought the reprocessing companies. They’ve decided that they might as well join in.” The involvement of manufacturers could lead to redesign of their products to be even better suited to reuse, he noted.